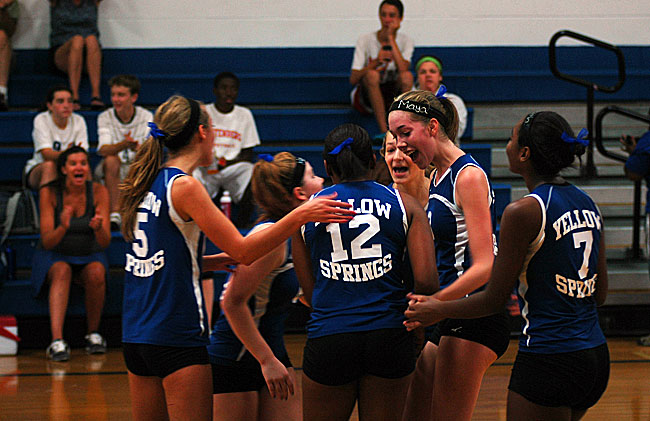 The girls varsity volleyball team celebrates a come-from-behind victory in the first set of their sweep of Greenon on Saturday. (Photo by Megan Bachman)

Expectations are high this year for the Yellow Springs High School girls varsity volleyball team. Led by seniors Maya Hardman, Emma Pfeifer and Angela Allen and junior Kennedy Harshaw, the Lady Bulldogs kicked off the season with a two-set win over Greenon (25–18, 25–18) in a home quad meet.

After going .500 last year (11–11, 4–8), the Lady Bulldogs have a Metro Buckeye Conference championship in their sights. Read more from Coach Lindsay Kerns below the gallery 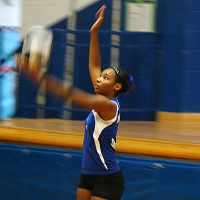 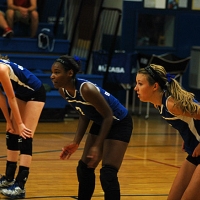 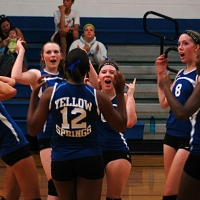 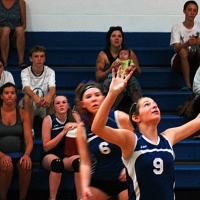 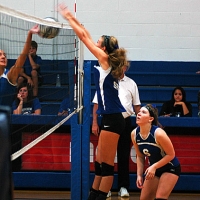 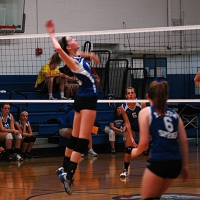 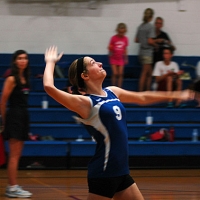 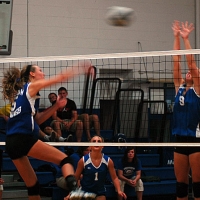 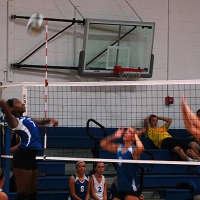 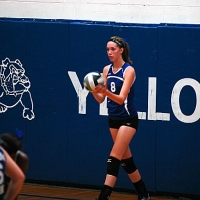 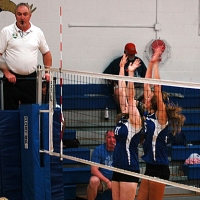 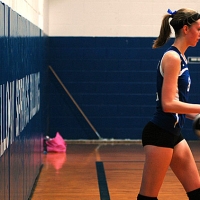 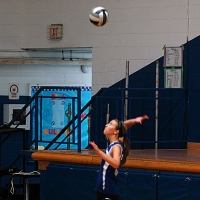 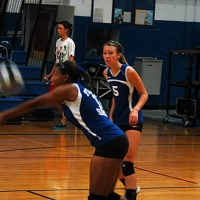 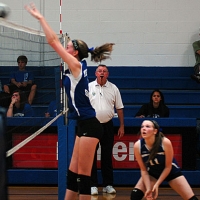 The Bulldogs have been in the gym preparing for the upcoming season since March. Because of the dedication in the off-season, including a three-day team camp at Wittenberg, the team has made some drastic improvements. Returning on the varsity team are seniors: Maya Hardman #8 (middle hitter, last year 1st team), Emma Peifer #5 (middle hitter, last year 2nd team), Angela Allen #7 (outside hitter), and Maryah Martin #10 (outside hitter/setter) juniors: Kennedy Harshaw #12 (outside hitter), and Hannah Brown #6 (setter). With the help of some returning sophomores as well as some very talented freshman, the Bulldogs are on track for a great season.

Last year two of the biggest wins for the Bulldogs were to Troy Christian. The team hadn’t beaten this team in several years and won both times that we faced them last season. Beating them again will be a big priority. As always, Dayton Christian is the toughest team that we face in the league, Emmanuel Christian being second, so we are always excited to face those opponents. Bringing home a win again those teams would be huge for us. We also have three division I schools on our schedule that we haven’t played in the past couple seasons, Fairborn, Miamisburg, and Xenia. Playing this higher level volleyball is great for our team and we’re up for the challenge. It’s what we’ve been preparing for!

Over the past few seasons we have continuously improved our record with last year going 500. This year, we hope to pull more wins than losses and maybe even a league championship.