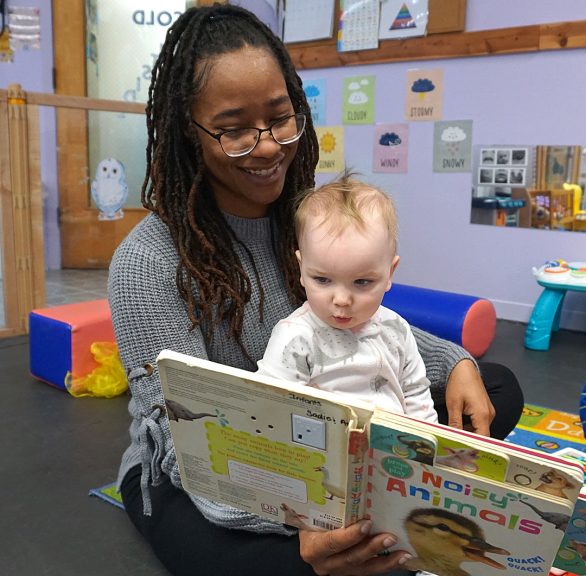 Aillevrah Turner, pictured at left with baby Cicily, was named director of the Yellow Springs Community Children’s Center in December. She is pictured in the school’s infant room, where she began her tenure as the lead teacher in 2018. (Photo by Lauren “Chuck” Shows)

A Columbus native now living in Springfield, Turner has been part of the staff of the Children’s Center since 2018, and replaces former director Dana Zackey after serving as Zackey’s assistant director since last summer.