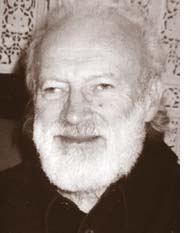 Robert Silverman, Ph.D., of Yellow Springs, passed away peacefully surrounded by his family on Saturday, March 5, 2016. He was 87.

Bob was born on Oct. 23, 1928, to the late Harry and Ida Silverman in Cleveland, Ohio. Although Bob lost his parents and his brother, Arthur, at an early age, he believed strongly in the importance of family. He was a devoted family man and always put family first. He leaves behind to cherish his memory his beloved partner, Dona Mowry, and his children Mikhael (Stephanie) Silverman, Daniel (Ailin) Silverman, Beth (Scott) Schumacher, and Anne (Lee) Hoffman; and grandchildren Benjamin (Regina) Schumacher, Jessica (fiancé Justen Holter) Schumacher, Joshua (Lauren Bader, and her daughter Ranee) Hoffman, Kalina Silverman, Ariel Silverman, Judah Silverman, Aaron Silverman and Caleb Silverman.

Bob considered his Judaism to be an important part of his identity, and was the Jewish patriarch of his extended family. Bob was a true Renaissance man; he could talk to anyone about anything. He was always more interested in what the other person had to say, rather than talking about himself. He was an avid jogger and enjoyed spirited discussions about politics and world news. He loved his wooded home in Yellow Springs and the nature trails of Glen Helen. He loved poetry, and was also a musician who had a great appreciation for classical music and the opera.

Bob graduated Phi Beta Kappa and magna cum laude from Ohio State University, earning his bachelor’s degree in psychology, master’s in statistics and Ph.D. in applied mathematics. While receiving his Ph.D. at Ohio State, he also taught there. Bob served his post-doctoral fellowship at the National Bureau of Standards and then went on to be a professor of mathematics at Syracuse University. He later retired as professor emeritus from Wright State University having taught there for 20 years. Bob was a brilliant man who was a member of MENSA and the Greene County Retired Teachers Association. He will be dearly missed by those who knew him.

A family burial will be held in Kentucky at the Lexington Cemetery. A celebration of his life will be held at a later date. The family wishes to extend their heartfelt gratitude to the loving care given by Ade Awopetu, Maribeth Hower and Kim Walker. Memorial contributions may be made to the American Cancer Society in Bob’s honor. Condolences are forwarded to the family by visiting http://www.jacksonlytle.com