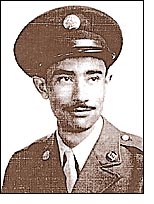 Charles Theodore Christophe(r) of Yellow Springs died on July 13. He was 90.

He was born on July 28, 1917, in Montrose, La., the son of Willie George and Teresa (Mullon) Christophe(r), who were cotton farmers.

Charles was a member of St. Paul Catholic Church in Yellow Springs and was retired from Central State University and Rike’s Department Store. He was a member of the Greene County ADAMH board for a number of years and The Christopher House, a men’s residential treatment center for chemical dependence in Xenia, was named in his honor.

He was preceded in death by his parents; his wife, Gladys Marie Clark Christopher whom he met in 1945; four sisters; and two brothers.