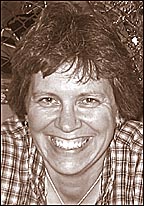 Jana R. Banks, M.D., of Springfield, passed away in her home surrounded by family on Thursday, March 5. She was 47.

The daughter of Robert I. and Julia A. (Wald) Banks, she was a devoted daughter, sister, aunt and friend.

Jana began her medical career as a paramedic in 1979, thereafter serving in many capacities culminating as a renowned physician and the medical director of the Enon/Mad River Township EMS. Her professional memberships include the American College of Emergency Physicians and the Emergency Medicine Residents’ Association.

Jana was preceded in death by her mother.

She is survived by her father; her best friend, Paula J. Rich; four sisters and three brothers-in-law, Jade M. Banks of Falls Church, Va., Jule A. and Kernie Moore of Davisburg, Mich., Joan I. and George Falldine of Warner Robins, Ga., and Jolyn B. and Michael Verbillion of Springfield; brother and sister-in-law, Robert C. and Donna Banks of Jacksonville, Fla.; and six nieces and nephews, Jessica Banks, Christian Falldine, Meagan Verbillion, David Falldine, Grace Falldine and Claire Moore; and countless friends and colleagues who will miss her dearly.

Jana’s family asks that contributions be made in her name to the Raymond Foundation c/o Mrs. Holly Dicke, 501 Harrington Drive, Plain City, OH 43064 with the notation “Jana Banks Honduras Fund.”