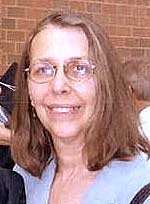 Madeline Lance died from cancer complications on June 7, 2009. She was 65.

Madeline was born Jan. 18, 1944. She battled cancer for a year and a half before joining her father, brother and son, who preceded her in death. Madeline was always the rock of her family, and made sure she did what it took to educate and expand the minds of her youngest daughter and her nieces and nephews.

Besides her children, Madeline’s greatest achievement and struggle were going to college as an adult at Antioch College and graduating. She retired in 2007 as Antioch’s housing director and was greatly saddened during her illness by the college closing.

Madeline’s amazing skills as an artist and writer were unmatched and cannot be duplicated. She left her family with many gifts and memories. She is survived by her daughter, Yvette Wooten, son Duncan Benning, daughter Sahara Lance-Lawson, five grandchildren, mother Phyllis Lance, sisters Karen Daniel, Cindy Lance and Linda Wenger, niece Venus McCoppin-Jackson and many other loving nieces, nephews, relatives and friends.

At the time of her death, Madeline lived with her youngest daughter, Sahara, in Arizona. Sahara would like to organize a charity fund in her mother’s name, and is seeking assistance from those interested in helping to organize such a fund. Those who knew Madeline or would like to assist Sahara may e-mail her at grlracr1@yahoo.com.