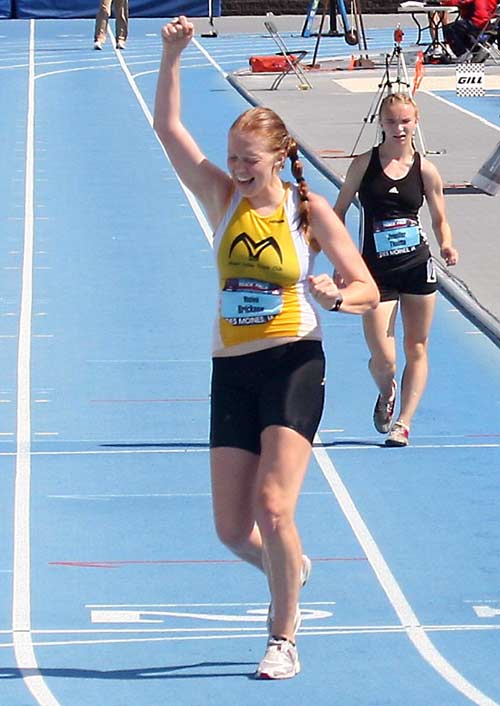 Last weekend recent Yellow Springs High School graduate Reini Brickson qualified as the sixth and final member of the USA National Team for race walkers. She claimed that position after finishing sixth in the race walk at the USA Track & Field Championships at Drake University in Des Moines, Iowa, on Saturday, June 26.

After the first mile of Saturday’s race walk for junior women, Brickson found herself some 30 meters behind the other 12 girls in the 10,000-meter event. But she kept to walking even splits, and with a mile to go found herself bearing down on the sixth place walker. With just under 400 meters to the finish, Brickson drew even with Maine’s Jennifer Thuotte and gave a resounding 56-second kick to pass Thuotte and claim the sixth and final spot on the USA National Team.

Brickson and her five teammates will duel the Canadian squad at the University of Toronto on Friday morning, July 30.

“This is a great opportunity for Reini and shows how dedication and hard work reap rewards,” said Vince Peters, Brickson’s coach at YSHS. “Now she will get to wear the USA uniform and have the honor of representing our country in its annual competition with Canada.”

Brickson is bound for Lindsey Wilson College in Kentucky this fall on a track and field scholarship for race walking.