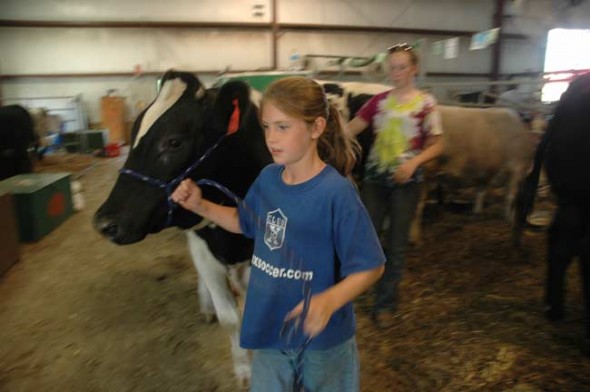 Kaliyah Fulton led her holstein steer Frankie to a filtered watering hole at the Greene County Fair on Thursday in preparation for the big sale the following day. (photo by Lauren Heaton)

All’s fair in cows and chickens

In the shade of the barn at the Greene County Fair on Thursday, Yellow Springs youth tended to their animals between shows. The Husky Hustlers 4-H club was represented by Anna Semler, who brought two yearling heifers and two heifer calves. Also part of the club, Keturah, Corbett and Kaliyah Fulton were busy caring for their three steer, including Sunshine, Frankie and 1,600-pound Fatty, and six hogs that were sold that day. Meanwhile, over in the poultry barn, Cecilia Comerford sold her turkey for the fetching price of $125. 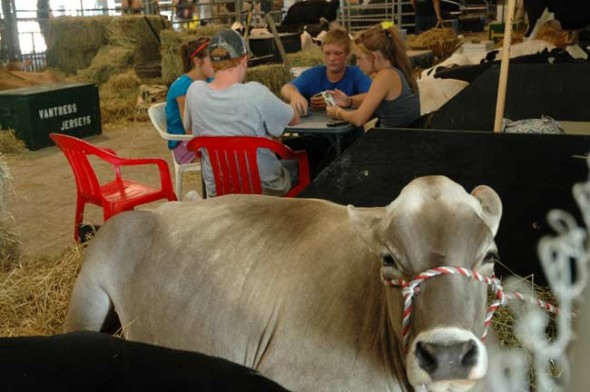 Anna Semler and a group of her friends played cards among the cows to pass the time. (photo by Lauren Heaton) 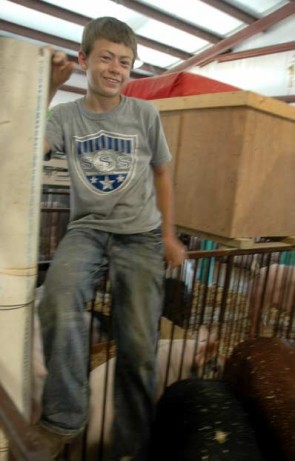 Corbett Fulton hefted himself onto the rail to get out of the hog fracas under foot. (photo by Lauren Heaton)

See more photos of the fair in the Aug. 12 print edition.