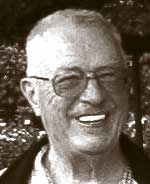 Malcolm was director of the Student Christian Foundation in Southern Illinois University, in Carbondale, Ill. from 1957–1967. There, he was personal friends with Buckminster Fuller and lived in one of the first geodesic domes ever built. He moved with his family to Yellow Springs in 1967, and was a professor and chaplain at Wilberforce University from 1967 until 1992. He was also pastor at the Grace United Church of Christ in Springfield from 1968–1991.

Mac was present for Martin Luther King Jr.’s “I have a dream” speech in D.C., and he shared the dream, dedicating much of his life as a servant for peace and justice. Mac participated in the civil rights movement, peace vigils, helped the homeless, ministered in jails and hospitals and advocated for the disabled.

Mac completed a doctoral degree in humanities in 1988, and on April 27, of that same year, Mac’s wife, Kathy, died.

Mac married Naida Sutch on Sept. 4, 1989. They shared a love of travel, and enjoyed global travel in their retirement years together. They also performed ministry relief for a few different churches in transition. They embraced their extended families, and were kind and helpful parents and grandparents. They remained activists in retirement, always keeping peace and justice at the forefront. Naida Sutch Gillespie recently died on Aug. 17, 2010.

Malcolm died surrounded by loving family, in hospice care at the Friends Care Community Extended Care Center in Yellow Springs. He had donated his body to the Wright State University Medical School.

Malcolm is survived by his two children, Grace and Alan, two grandsons, Shane and Cimmeron, and granddaughter Jessica. He is also survived by daughter-in-law Fran, son-in-law Paul, stepdaughter-in-law Jackie and her two sons, Logan and Jordan, and by a sister, Marjorie Wicker, and a brother, Ralph Gillespie.

A celebration of life memorial service will be held Wednesday, Nov. 3, 6 p.m., at Highlands Church in Springfield. In lieu of flowers, donations in Malcolm Gillespie’s name can be sent to Amnesty International, 5 Penn Plaza, New York, NY 10001, or United Church Homes, 170 E. Center St., Marion, OH 43302. Donations of food, or contributions to the church food pantry, may be made at the memorial in Mac’s name.

One Response to “Malcolm ‘Mac’ Gillespie”