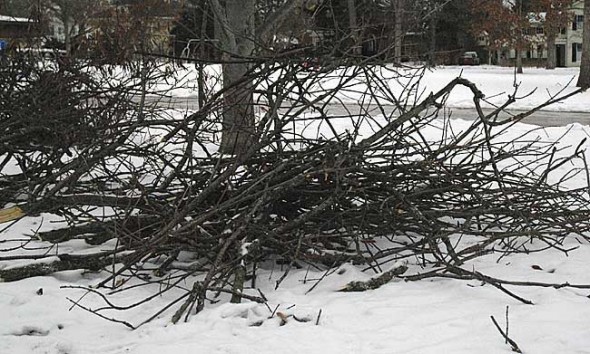 The Village will pick up branches from ice storm beginning Feb. 14. (Photo by Eliza Minde-Berman)

The Village has begun pick up of branches from the storm if villagers put the debris on the curb. The pick-up began Monday and will continue for a month.

Also, while the Code Red emergency alert system was used to communicate power outage updates, the phones couldn’t reach those whose phones were inoperable due to the outage. Villagers are encouraged to submit their cell numbers so that they can be contacted even if power is out. To do so, go online to http://www.yso.com, click on Police Department and then click on Code Red; or phone 767-3402.