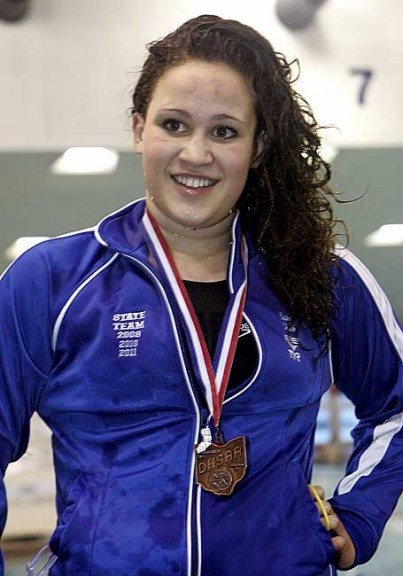 Yellow Springs swimmers Erika Chick and Elizabeth Malone both made it to the podium at the Division II Ohio High School Swimming Championships in Canton last month.