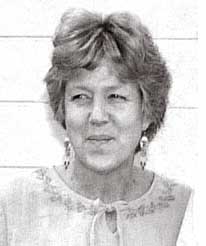 Lynne was a Yellow Springs native, born Jan. 12, 1943, to the late Lynton and Valeska Appleberry. She was a 1961 graduate of Bryan High School. She met Antioch student Robert Lindner, and they were married in 1965 by Ralph Templin. They later divorced, but remained friends. Lynne was a passionate runner and athlete all her life, completing multiple marathons, half-marathons and triathlons. She was also well-known in the local dance community, where she enjoyed both contra and ballroom dancing.

Lynne was a dedicated gardener who grew armloads of both vegetables and flowers. She was a wonderful cook who loved to share homemade foods with all those around her. Lynne is survived by her daughter, Kirsten Lindner Woy of Fort Collins, and two sons, Derek Lindner of San Francisco, Calif. and Daniel Lindner of Windsor, Colo. She has three grandchildren: Aston and Zachary Woy and Ivo Lindner.

A memorial service will be held in Fort Collins at a later date.

One Response to “Valeska Lindner”