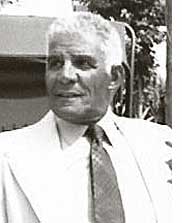 Earl Lee Hull Sr. died peacefully in his residence on April 21. He was 93.

After his 1935 graduation from Bryan High School, he worked for local companies including DeWine and Hamma Feed and Seed and Amos Mazzalini Foundry. During World War II, he was employed at Wright Patterson Air Force Base.

Leaving government employment, he started his own construction company with an extended period of success, during which he became known as “Earl Hull the Builder,” a testament to his skill, integrity and dependability. He also owned and operated a landscaping company. Following private employment, he worked and retired as a road supervisor for Miami Township.

He was preceded in death by his parents James A. and Bertha (Cordell) Hull, his wife Christina Corbett Hull and one son, Paul Gregory Hull Sr.

A funeral service for will be held Friday, April 29, at Central Chapel A.M.E. Church. Visitation will begin at 10 a.m., and the service will begin at noon, with Reverend Timothy Liggins officiating and Reverend Dr. John E. Freeman as eulogist. Interment will follow at Massie Creek Cemetery in Cedarville.