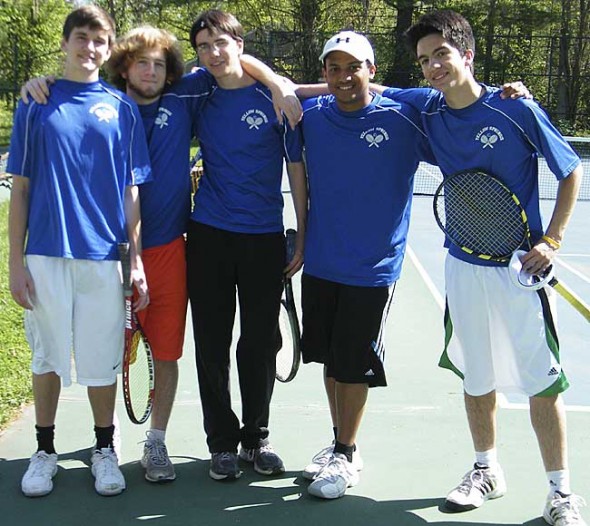 Discus thrower Angela Allen won her event at the Metro Buckeye Conference Championships last Saturday, propelling the Yellow Springs High School girls track team to a fourth-place finish with the help of fast runs by Lois Miller and other Bulldogs.

Allen sailed the discus nearly 16 feet beyond her opponent to win the conference. Allen’s toss went 94´6˝. Allen also gave her team points with sixth-place finishes in the 100- and 200-meter dashes.

The McKinney boys track and field team finished second and the girls fifth at the Metro Buckeye Conference Championships, held in Yellow Springs.

Zane Pergram once again tied the McKinney School record in the pole vault with a jump of 7´6˝ and won the competition ahead his teammate Oluka Okia, who cleared 6´6˝. Edward Johnson improved his own 200-meter hurdles school record from 31.45 seconds down to 30.61 seconds.

The Bulldogs dominated the boys discus. Cole McNeal-Harding won the competition with a throw of 101´01˝ in front of his teammate Jacob Whittle, who had a toss of 83´02˝. Kaner Butler placed second in the 110-meter hurdles with a time of 20.12 seconds.