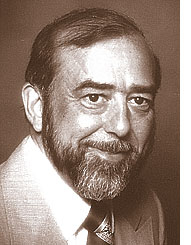 Norman was born June 10, 1928, in Marion, Ala. to Norman and Idella Jones Childs, and was the third child of five. He received his elementary and secondary education at the Lincoln School in Marion. As a teenager, he worked in the family-owned Childs Bakery, which included groceries and delicious candies made by his father. In 1950, he received a bachelor of science degree in commercial industries, with emphasis in tailoring and pattern making, from Tuskegee University. Additional education included teacher certification, data processing, computer programming and management. He taught tailoring and pattern making at his alma mater for a year.

Norman met Jacqueline Moss at Tuskegee. They married in the small, white chapel at Wright-Patterson Air Force Base on May 25, 1952. Their marriage was blessed with two children, Michael David and Pamela Denise. He was a very active and loving husband, father, grandfather and great-grandfather. He supported and attended all of their athletic activities. In 1970, he coached his son, Michael, to be the 13-year-old national winner of the Punt, Pass and Kick competition. He was also one of the founding fathers of the first football program in Yellow Springs, along with Joe Robinson and others. His devotion to youth was apparent, as he welcomed a nephew from Chicago into his home and parented him for four years. His parenting continued in 1991 when three grandchildren, ages 8, 10 and 13, joined the family for many years.

As an active member of the First Presbyterian Church, he was a trustee, member of the building and grounds committee, memorial committee, head usher and many others. He and fellow members and friends Jim and Betty Felder chaired the Strawberry and Apple Festivals for several years. Norman was also a member of Kappa Alpha Psi fraternity, the Dayton Tuskegee Alumni Club and a driver for the Senior Center.

During his 36 years at Wright-Patterson Air Force Base, Norman served as a second and first lieutenant for two years, and as a civilian, served as acting chief of the clothing branch, as well as other managerial positions. He helped develop the experimental g-suits and pressure suits in the Aero-Space Medical Laboratory. At the time of his retirement in 1988, he was senior clothing designer for the Air Force, designing both men’s and women’s uniforms.

Norman was preceded in death by his parents and by his sister, Jean Childs Young. He is survived by his devoted wife of 59 years, Jacqueline; by his children, Michael D. of Atlanta, Ga. and Pamela Douglas of Decatur, Ga.; by his grandchildren, Michael L. Childs, Robert Douglas, Jacqueline Douglas, Erica, Ryan and Ashley Childs and Maya Mungo; and by great-granddaughters Tiana Douglas, Makayla Douglas and Kylee Terry. He is also survived by brother William Childs of Tuskegee, Al. and sisters Norma de Paur of New York, N.Y. and Cora Childs Moore of Marion, Al., by uncle Louis Childs of Kalamazoo, Mich., by brother-in-law Rev. Andrew Young and by a host of nieces, nephews, cousins and friends.