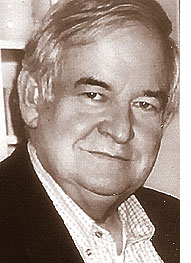 Lowell was born Aug. 12, 1934 in Vanceburg, Ky. to Arthur and Ruth Williams, and was the oldest of five children. His father was a county agricultural agent and his mother later worked as a home economics teacher. As a boy, he was a champion 4-H livestock judge. He was awarded a four-year Ford Foundation scholarship as a senior in high school to the University of Louisville. Much to his parents’ dismay, after two years of college, he enlisted in the army during the Korean War. He was stationed in Alaska, where he learned to ski. Eventually, he returned to college on the GI Bill. He attended the University of Kentucky, earning a bachelor of science degree in physics and a masters degree in physics from Xavier University in Cincinnati. He married Judith Myers on July 11, 1959, with whom he had two children.

Lowell worked in several defense-related companies, including Avco, Kuras-Alterman, General Dynamics and MacAuley-Brown. His work involved developing aircraft self-protection technologies that defended U.S. aircrews in harm’s way around the world. Lowell was an astute businessman who played a pivotal role in the defense industry in the Dayton area and the larger world for five decades. His insight into the practical application of physics provided jobs and opportunities for many. He retired from Defense Research Associates, Inc. in Beavercreek, Ohio.

He loved to debate about the origins of the universe, theoretical physics and religion. He loved tennis, opera, public television, his friends and family. He was an active member of the Unitarian Universalist Fellowship of Yellow Springs. He is survived by his wife Judy, daughter Pamela, son Clinton, granddaughter Maggie Travis, siblings James Williams, Phillip Williams, Ben Williams and Jane Young and his mother Ruth Williams.

A memorial will be held in the Glen Helen building on Saturday, Nov. 12, at 2 p.m.