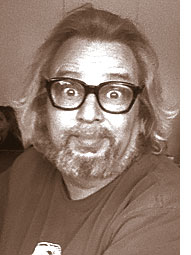 Alan F. Baumgartner of Yellow Springs died unexpectedly on the weekend of Oct. 23 in his home. He was 60.

Alan worked in telecommunications for many years and was responsible for initializing, installing and maintaining much of the Dayton and surrounding area 911 systems. He was an active community member and provided volunteer services to the Senior Center of Yellow Springs. Alan loved all kinds of music and was an avid supporter of the performing arts in Dayton. He enjoyed his guitars and driving around the village in his Mustang with the top down listening to the oldies.

Alan was an outstanding father, grandfather and friend. There was nothing in the world he wouldn’t do for friends and family. He was a sergeant in the army reserves for many years.

Alan was the youngest of his siblings and was preceded in death by his oldest sister, Julianne Potticary. He is survived by his children, Daniel Baumgartner of New Carlisle, Anna McClure (Dennis) of Yellow Springs; Catherine Baumgartner (Jerry Dix) of Dayton; grandchildren, Jacob & Nadia McClure; sisters, Rita McGee of Huber Heights, Mary Jo Seifert of Phillipsburg; brother, Edward Baumgartner of Centerville and many friends in the Yellow Springs community.

A memorial service will take place at 7 p.m. on Friday, Nov. 4, at the Marker and Heller Funeral Home, Huber Heights Chapel, 5844 Old Troy Pike, with Father Ken Hummel officiating. The family will receive friends at the funeral home from 5 p.m. Friday until service time.