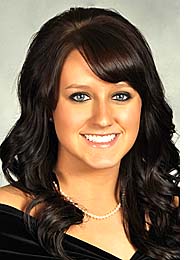 In a car accident early in the morning of Friday, March 2, Yellow Springs resident Sarah Hammond was killed, along with two of her friends, as they were heading from college at Bowling Green State University to the Detroit airport, where they were catching an early morning plane for spring break. The accident occurred at about 2:30 a.m. on Interstate 75, several miles north of BGSU, where the driver of a vehicle travelling the wrong way on the interstate caused the head-on collision.

According to the Ohio Highway Patrol, Hammond, 21, a junior, and driver Christina Goyett, 19, a sophomore from Bay City, Mich., were killed at the scene of the accident, along with the wrong-way driver, Winifred Lein, 69, of Perrysburg. A third passenger of the student vehicle, Rebekah Blakkolb, 20, a junior from Aurora, was transported to a nearby hospital, where she died later that day. Two other student passengers, Angelica Mormile, 19, a freshman from Garfield Heights, and Kayla Somoles, 19, a sophomore from Cleveland, were taken to Mercy St. Vincent Hospital in Toledo, where, as of Tuesday, they both remain in critical condition in the intensive care unit.

The students were part of a group of 16 girls from the Alpha Xi Delta sorority at BGSU who were caravaning Friday morning to the Detroit airport to make a 5:30 a.m. flight to the Dominican Republic for spring break.

The Wood County Sheriff received about four calls a little after 2 a.m. on Friday from drivers on Interstate 75 who witnessed a vehicle heading south in the northbound lane. Ohio Highway Patrol officers estimate Lein had gone about seven miles before they saw her from the opposite side of the interstate but were unable to stop her. Two vehicles, each with five students, were coming up a crest when the first swerved away from the wrong-way driver, who struck the second vehicle, which was carrying Hammond.

According to Wood County Sheriff Mark Wasylyshyn, the students could not have done anything different to avoid the crash. State patrol lieutenant Dean Laubacher said that Lein was coming home from work at the Jeep plant in north Toledo. According to Wasylyshyn’s guess, Lein may have been trying to use an entry ramp to get onto the highway but accidentally got on an exit ramp instead. According to Laubacher, the exit ramps in the area of the accident have multiple “wrong way” signs along the ramps. But according to an ABC News report, last year three deaths were caused by wrong way drivers on the highways around Toledo.

It is unkown whether alcohol or drugs were involved in the accident, and toxicology lab results were still pending from the Wood County Coroner as of Tuesday. However, because Lein passed several vehicles and continued to drive against the traffic for several miles, according to Wasylyshyn, “she obviously had something going on in her system that she wasn’t able to comprehend that she was going the wrong way.”

Hammond grew up on her family farm at the corner of U.S. 68 and Hyde Road with her parents, Jim and Libby Hammond, and her older sister, Katie. She was an extremely outgoing person, according to family friend Suzie Butler. Hammond rode horses in the village and participated in Future Farmers of America, a leadership program for youth interested in agricultural careers. She attended Greenon High School, where she was a solid student and a four-year cheerleader, Greenon guidance counselor Don Dunstan told the Dayton Daily News this week. Hammond graduated from Greenon in 2009 and was majoring in apparel merchandising at BGSU.

An obituary for Sarah Hammond is on page 9.

Information from the Toledo Blade and the Associated Press was used for this article.