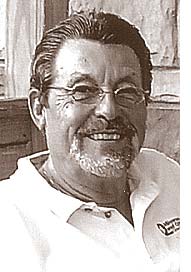 Gerard Stello died peacefully on Wednesday, May 23 at Hospice of Dayton. He was 69.

Gerard was born in Delft, Netherlands, on July 9, 1942. He and his wife, Cokie, came to Yellow Springs to work for Vernay Laboratories 22 years ago. Armed with his masters degree in engineering and the ability to speak five languages, Gerard handled their international sales for 10 years. He was mentor to a young Dutch engineer, Peter Nyland, who later formed his own company, Mini-Valve. Peter then hired Gerard to handle the western hemisphere sales for his new company. Gerard was ambitious and tenacious in reaching his goals. He retired 18 months ago to indulge his passion: sailing.

Gerard and his first mate, Cokie, sailed at Brown reservoir and then began sailing on Lake Erie. Gerard felt he inherited his love of sailing from his father, who was also an ardent sailor. His dream was to sail to the Netherlands and back again. His plan for retirement was to sail on a yacht with Cokie for many years. He bought the boat and they began their sailing odyssey. The dream was shortened by a recurrence of cancer that had been in remission for several years.

Gerard died with his wife, brother Cees Stellos and sister Gina Stello, both from the Netherlands, at his side.

In lieu of flowers, it is requested that donations be sent to the Community Children’s Center of Yellow Springs. A memorial service will be held at the Glen Helen Building at a later date.