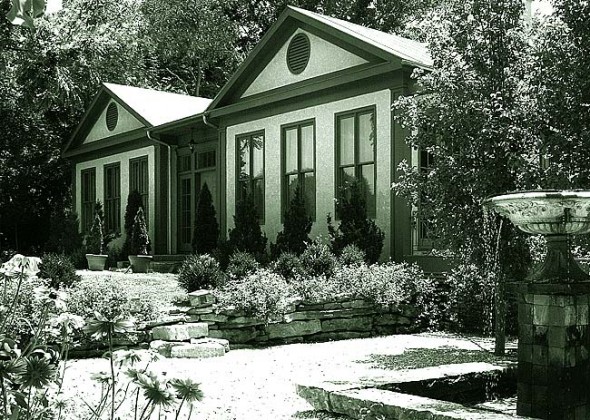 Chamber music fundraiser— Italy remixed, in music and in place

The drama and opulence that marked the Baroque period of the 17th century inspired some of the best known classical composers, whose music is still heard live during the Chamber Music Yellow Springs concert series. While the First Presbyterian Church has been a fine home for the series, the pretty, sensible chapel doesn’t exactly mirror the ornamentation that flattered the era of Vivaldi, Handel and Bach. This weekend a local string ensemble will perform an intimate concert of Baroque sonatas in the setting of an Italian villa that perhaps better matches the scene of the music’s inception.

The event is a fundraising event for CMYS. Tickets are $60 and include a $50 tax-deductible donation to CMYS. Tickets may be ordered by check from CMYS or online at Brown Paper Tickets, which accepts payment by credit card or PayPal. For more information, call 374-8800.

Works to be performed include pieces by Dario Castello, an instrumentalist and composer who was associated with Venice’s gilded St. Mark’s basilica, or Chiesa d’Oro (church of gold.) Music by lauded late-17th century violinist Arcangelo Corelli will also appear on the program. For part of his career, Corelli directed the orchestra and lived in the Roman palace of Cardinal Ottoboni, who erected a large tomb in the musician’s honor in the Pantheon when he died. The ensemble will also perform a sonata by Domenico Gallo, another Venetian whose compositions were often published under the name of Giovanni Battista Pergolesi. The latter was better known at the time for his comic operas, and the press was so effective that the false authorship stuck well beyond Gallo’s years, even when Igor Stravinsky used some of the music for his ballet Pulcinella.

CMYS is now selling tickets for its regular 2012–13 season, featuring The Afiara String Quartet on Sept. 30, The Calefax Reed Quintet on Nov. 18, The Vienna Piano Trio on Feb. 24, The Daedalus String Quartet on March 24 and the CMYS Annual Competition for Emerging Professional Ensembles on April 28.