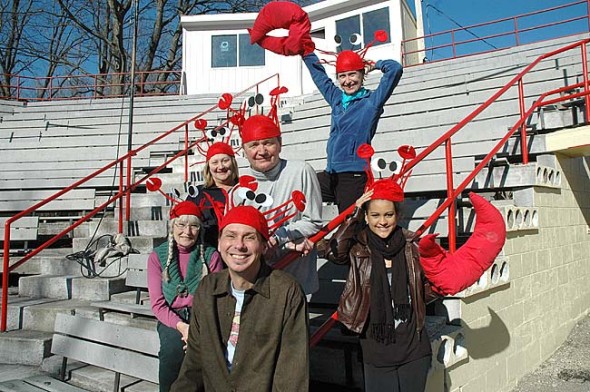 When natural disaster strikes, those who live close to the bayou’s bone are the first to get swamped. But sometimes there’s a hero, who knows that protecting the environment is the best way to save both the wetland and all of its people. That is the story of YS Kids Playhouse’s first revival show, Gaston Boudreaux: the Cajun Robin Hood, set for a reprise production during the 2013 summer season.

The themes that drive the Cajun Robin Hood couldn’t be more relevant today, according to YSKP Director John Fleming, who first produced the show in 2002, before Hurricane Katrina, the storm that devastated New Orleans and the southern coast in 2005, and Superstorm Sandy, which flooded the eastern shore last fall. And with the advent of the 100th anniversary of the 1913 Dayton flood, known as the greatest natural disaster in Ohio history, the time is ripe to bring Gaston Boudreaux back into the limelight.

In honor of Fleming’s Cajunhood and the New Orleans culture he comes from, YSKP will host its annual fundraiser as a Mardi Gras party on Saturday, Feb. 9, at the Glen Helen auditorium in the Vernet Ecological Center. Replete with Louisiana specials, crawfish, oysters, muffuletta, boudin and gumbo shipped straight from the backwaters themselves, organizers urge participants to reserve a place no later than Friday, Feb. 1.

“It would be nice to know how many alligator tid-bits to order,” Fleming said.

The fundraiser feast also features performances by YSKP performers Jenny Gilchrist, Byron Crews, Sharon Perry, Jill Becker and Walter Rhodes. And while original composer Tucki Bailey will be back this summer as the show’s music director, accordianist and musician Mark Lorenz will fill the house with his collection of Zydeco tunes. DJ Clean Gene will round out the evening of fun and dancing.

Though the summer season is YSKP’s centerpiece, the theater company teaches arts and dance classes all year round, with funding and support from the Yellow Springs Arts Council, the National Endowment for the Arts and the Ohio Arts Council. But the summer show, now in its 18th season, has its own production budget of $20,000. And while participation fees are $100, scholarship funding for any student who needs financial support was eliminated this year due to Yellow Springs Community Council’s loss of funding. So the theater is looking for help to replace its scholarship fund.

In addition, YSKP employs about 18 local artists each year to help produce and design its shows, teach classes, and manage the organization. (Dozens of volunteers also make the theater company run.)

“We are the largest employer of artists in Yellow Springs, and it’s our pleasure to do that,” Fleming said. “Funding helps the summer shows, but it’s also needed to keep us going year round.”

This year YSKP is also starting a Kickstarter campaign to encourage its alumni and diaspora of supporters to reach a goal of $3,000. The one-month campaign will be led on Facebook during the month of February. Alumni are also specially invited to attend the Mardi Gras gala.

For this summer’s show, YSKP is partnering with Tecumseh Land Trust and the Miami Conservancy District, the agency that coalesced after the Dayton flood to build a series of dams and manage the water flow through Dayton, to commemorate the 1913 flood. Ohio’s wetlands will be a new feature of this summer’s Robin Hood story, and Arthur Morgan as a supporter of the environment will be a new character in the show. The production will also include two big choruses of singing crawfish and oysters, who will recall all types of environmental disasters that have happened throughout the world. And as part of the centennial events, in the late summer and fall the two youth choruses may have a chance to tour with the Miami Convervancy to Piqua, Hamilton and other communities affected by the flood.

So YSKP hopes the community will help kick off the summer’s season with a celebration of Creole culture. How about a Fat Saturday bash as an antidote to the winter blues?