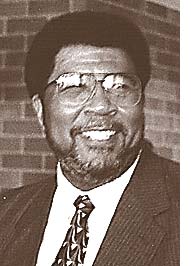 Theodore Butler Roberts died Feb. 14 in Dayton, with his wife and sons near him. He was 75. Born Jan. 23, 1938, in Indianapolis, Ted was an athletic youth who attended school at Crispus Attucks in downtown Indianapolis. Later, he moved with his family to Xenia, where he graduated from Xenia East High School in 1955.

He enlisted in the United States Air Force at the age of 17 and upon graduation began his service as an air traffic controller. His military career took him all over the United States and around the world. His more than 15 years of foreign deployment included many countries such as Germany (during the Berlin Airlift), Vietnam, Greenland and England, where he met and married his wife, Ann, and where his two sons, Jonathan and Adrian, were born. During his early years in the Air Force, he was active on a USAF basketball team as a player coach. He also won numerous awards in military bowling leagues. At work he steadily rose through the enlisted ranks. He retired as a decorated master sergeant and veteran after 25 years of service to his country. Ted spent the next two years in private employment, including 18 months in Saudi Arabia, before settling his family in Yellow Springs. Here, he began working for the Department of Defense at Wright Patterson Air Force Base. He excelled as an air traffic control specialist in base operations, receiving numerous commendations. In 2000, at the age of 62, he retired from the Department of Defense after 16 years of service.

Ted is remembered by his family and many friends as a trusted, kind and accepting man with a jovial spirit, a big heart, tremendous strength and noble character. He was an avid music lover and enjoyed friendly banter. Those who knew him well understood he was tirelessly devoted to his family, loyal to his friends and often heard him speak of how much he enjoyed his life. Ted was a very determined man with a “can do” outlook. He was adventurous in travel, appreciating chances to explore places near or far. At work and in the community, Ted was well-respected for his gift of problem-solving. He never hesitated to take action when needed, and could be counted on to be calm and in control when it mattered. His wisdom and patience made him very good at mediation, quickly finding common ground and inspiring confidence from those involved. Ted was truly his own man, and his loved ones consider themselves blessed to have shared their lives with him.

Ted’s family would like to thank those many people who have prayed, visited, called and sent notes in love and support. They also wish to acknowledge the dedicated and gentle professionals who cared for Ted during his medical visits, his lengthy stay at Friends Care Center and his final week at Hospice of Dayton.

The family requests that in lieu of flowers, donations be made to the Theodore B. Roberts Memorial Fund at American Heart Association (visit honor.americanheart.org/goto/troberts), or to Friends Care Community in Yellow Springs.