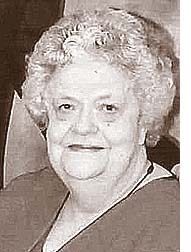 Mary Lee Boles of Yellow Springs passed away unexpectedly on Sunday, March 10 at Greene Memorial Hospital. She was 78.

Mary was born on Feb. 1, 1935 in Blaze, Ky., the daughter of the late Leslie and Lenia (Lewis) Peyton. Mary was preceded in death by her husband, Earl “Don” Boles; brothers Roy, Clyde, Onyx and Clay Peyton and sister, Nola Johnson. She is survived by her daughter, Donna (Jerry) Huckleba of Clifton; son, Gary (Ronda) Boles of Fairborn; grandchildren, Caleb (Jessica) Boles and Joshua Boles; sister-in-law, Reva Abner of Fairborn and sister-in-law and brother-in-law, Anna Mae and Charlie Boles of Mechanicsburg. She is also survived by several nieces and nephews and close friend and neighbor, Eileen Babineau.

Mary worked as a waitress for most of her life before retirement. She owned and operated, with her late husband, the former Village Coffee Shop in Yellow Springs. Mary loved collecting beautiful antique dishes, but most of all, she loved spending time with her grandchildren.

Viewing will be held on Friday, March 15, 5–7 p.m. at Jackson, Lytle and Lewis Funeral Home in Yellow Springs, where a funeral service will be held on Saturday, March 16, 2013 at 10 a.m. Pastor Stuart Snow will officiate, and burial will follow at Clifton Cemetery. Condolences may be expressed to the family at http://www.jacksonlytle.com.