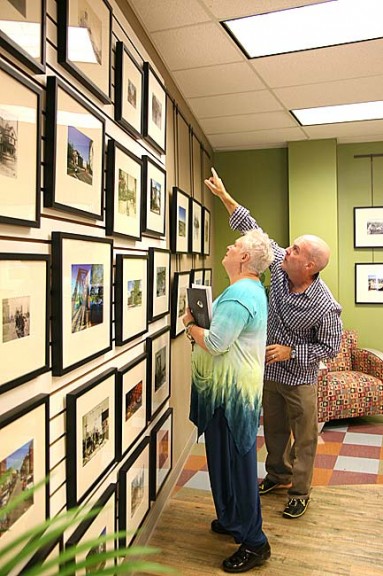 Photographer Andy Snow points out a photo to Antioch University Midwest President Ellen Hall from his exhibit on the 100-year anniversary of the Dayton flood, which is currently on exhibit in the AUM lobby. The exhibit, which opened last Saturday, runs through October. (Photo by Suzanne Szempruch)

Photos of the Great Dayton Flood at Antioch University Midwest

Then and Now, an exhibit of photos To mark the 100-year anniversary of the Great Dayton Flood is currently on exhibit in the Antioch University Midwest lobby. The exhibit runs through October.