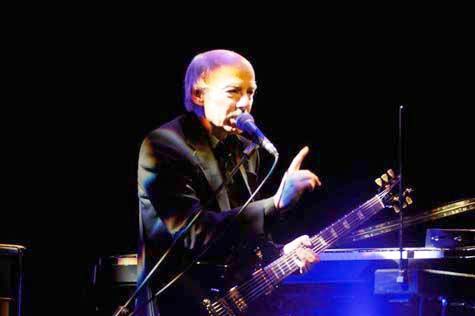 Theremin master to perform at the Glen Auditorium

Eric Ross, master Theremin player, will present his unique blend of classical, serial, jazz, electronic and avant-garde music on Monday October 7th, at 8:30 p.m., at the Glen Auditorium because of the weather. Antioch community is free; at-the-door, sliding-scale ($10–15) donation for all others. The concert is presented by Antioch College Community Life.

Eric Ross (born in Carbondale, Pennsylvania, USA) received his B.A. and M.A. from the State University of New York. He premiered his Concerto for Orchestra at Lincoln Center in New York, and released his first solo album, Songs for Synthesized Soprano, in 1982. He has written symphonies, chamber pieces and many works for solo instruments. He’s performed concerts of his original music at the Newport, Berlin, Montreux, and North Sea Jazz Festivals, the Copenhagen New Music Festival, the Kennedy Center, and the Gilmore International Keyboard Festival among others worldwide.

The video below was produced by Alexandra Avila an posted on posted on YouTube for public display: