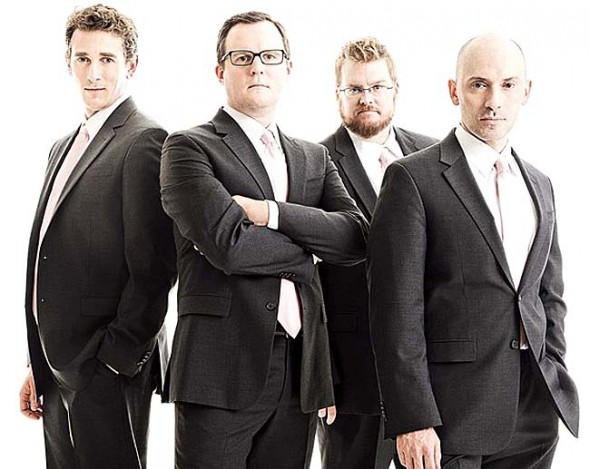 On Sunday, March 16, at 7:30 p.m., New York Polyphony will perform at First Presbyterian Church as part of the Chamber Music Yellow Springs series.

The group’s Yellow Springs program will feature early music, including an anonymous song circa 1300, and works by Phillipe de Vitry and Thomas Tallis. Singing without an intermission, the group will end with three American folk hymns arranged by Gregory Brown, and a song composed for New York Polyphony by contemporary composer Ivan Moody.

Concert tickets are $20 for adults and $7 for students; information on purchasing advance tickets is available at http://www.cmys.org. For this performance in the series, there will be no pre-concert lecture in the church. Subscribers and supporters will instead celebrate the 30th anniversary of Chamber Music in Yellow Springs at a reception in Westminster Hall starting at 5:30 p.m. Those wishing to attend a post-concert dinner with the artists in a local home should contact CMYS at 937-374-8800 at least four days in advance to reserve a place.

The final concert of the 30th anniversary season will be the 19th annual Competition for Emerging Professional Ensembles on April 27. Chamber Music in Yellow Springs is supported by wonderful donors as well as an Ohio Arts Council Sustainability Grant. For more information, email info@cmys.org. For more on New York Polyphony, visit http://www.newyorkpolyphony.com.