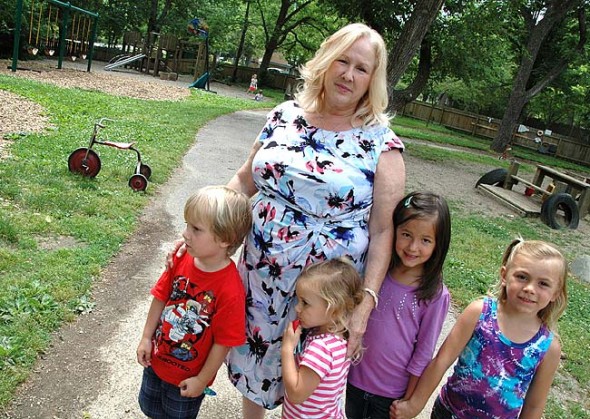 Marlin Newell was reinstated this week as executive director of the Yellow Springs Community Children’s Center by the center's parent corporation.

Leadership at the Yellow Springs Community Children’s Center is undergoing significant change this week, as seven new members were elected to the board of trustees and at least six of the currently seated eight members announced their intent to resign. In addition, long-time employee Marlin Newell was reinstated as the executive director after being fired in August.

At a special board meeting held Wednesday night at Mills Lawn School, the corporation of parents, who according to the center’s bylaws have authority over the board of trustees, voted down a simple five-point plan proposed by the original board of eight trustees to revive the center’s flagging budget. The plan included the search for a new executive director and the immediate appointment of an interim director. Several parent corporation members urged the board to separate the search for a new director from the rest of the plan and to consider other ways to meet the leadership needs while keeping Newell at the center. But the original board members said they had worked too hard on the current plan to change it and felt unanimously that it was the only way to move the center forward.

After the motion to carry out their plan failed, six of the original board members announced their intention to resign from the board, including Vice-President Amanda Turner, Treasurer Miller, Leslee Creighton, Todd Kreeger, Brady Burkett, and Tracy Knopp. Board President Callie Cary and Josh Zinger did not indicate their intention.

For the past year and a half, enrollment at the school has dropped steadily from an average of 85 students to an all-time low of about 35 students this month. The tuition-heavy budget has also fallen after at least 18 months of deficit spending to what Treasurer Kim Miller was $95,000 in liquid assets, or enough money to last nine months.

The full board of trustees is scheduled to meet next at its regular meeting on Sept. 17 at 6:30 p.m. at the Children’s Center.

More on this story will be reported in the Sept. 11 print issue of the YS News.