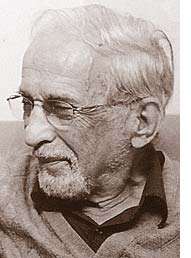 Philip Rothman passed away peacefully at home on Oct. 6, three weeks shy of his 93rd birthday.

Born and raised in Philadelphia, Phil, along with his wife Esther and their growing family, moved to Yellow Springs in 1954. There he began his 40-year teaching career at Antioch College, which included chairing the Education Department.

Phil received his BA from Temple University before shipping out to the Philippines where he served as a sergeant in the Army’s Signal Corp in WWII. During his service, he became an expert in radar and received a Purple Heart. He returned to Temple to complete an MA and then moved to New York to complete a Ph.D. at NYU, where he was greatly influenced by innovative ideas for education.

Dedicated to the values of integrity, fairness and honesty, Phil was a strong proponent of abolishing segregation in the schools and in society. In addition to his teaching at Antioch, during the 1950s and 60s, he was commissioned by the National Conference of Jews and Christians to provide school integration workshops for teachers around the country. He wrote numerous articles about the negative impact of school segregation.

As a long-term civic-minded resident of Yellow Springs, Phil was very active in and chaired the local chapters of the ACLU, NAACP and the Human Rights Council. A strong supporter of the civil rights struggle, Phil testified in US District Court in 1975 as part of an NAACP lawsuit concerning the negative impact of racial discrimination on education.

Phil and Esther loved to travel and took advantage of summers, sabbaticals and retirement to visit all 50 states as well as six continents. Their travels included camping trips across the U.S., taking a freighter through the Panama Canal and sailing up the coast of Norway on a mail boat. When he traveled abroad, Phil used the opportunity to look at the local school systems. One sabbatical was spent teaching in London and another as a Fulbright Scholar at the University of Calabar in Nigeria.

Phil loved living in Yellow Springs and spent many hours reading and enjoying peace and quiet in the home he mostly built himself. He was also an active sportsman and, along with his friend Al Denman, was one of the first joggers in town. Into his 70s, he rode his bike regularly and could still beat students at a game of handball. He was also an avid bridge player, enjoyed his men’s book group and socialized with the POETS, where everyone waited for his latest joke.

Phil is survived by his beloved wife of almost 67 years, Esther; his children Carol, Bonnie, Alex and Jay; 16 grandchildren and 11 great-grandchildren.

Always a pioneer, Phil was buried during a small graveside service on Oct. 10, the first green burial in the new section of the Glen Forest Cemetery. Contributions in Phil’s memory may be made to Antioch College, earmarked for the Phil Rothman Educational Innovation Fund, and forwarded to the Office of Advancement at Antioch College, One Morgan Place, Yellow Springs, OH 45387.