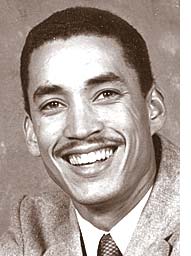 Carlos “Brannon” Fox passed away on Dec. 21 at his Yellow Springs home. He was 56.

Brannon was born in 1958, the son of the late Janet A. Wooley, of Yellow Springs, and the late Garfield Fox Sr., of Yellow Springs. He graduated from Yellow Springs High School in 1979. Other than practicing medical massage, he greatly enjoyed playing tennis, ping pong, fishing and spending time with family and friends.

He was preceded in death by his parents, Janet A. Wooley and Garfield Fox Sr., and by a brother, Garfield Fox Jr.