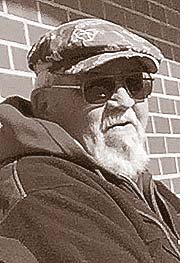 John W. Gray, of Yellow Springs, passed away on Thursday, March 19 at Kettering Hospital. He was 70.

John was born on April 8, 1944, the son of the late William and Maxine (Phillips) Gray. After graduating high school, John enlisted in the United States Navy and served proudly for four years. Soon after, he began working for Vernay Laboratories, where he retired after 30 years of service. He was an avid Cleveland Browns fan and loved his Yellow Springs Bulldogs, whom he supported for many years.

John was preceded in death by his beloved wife, Sue Carol Gray, in 1997, and his parents.

A gathering of family and friends was held Monday, March 23, at Jackson Lytle and Lewis Funeral Home in Yellow Springs. Burial with military honors will be held Saturday, March 28, at 11 a.m., at St. Paul’s Catholic Cemetery on Yellow Springs-Fairfield Road in Yellow Springs, immediately followed by a gathering at St. Paul Catholic Church. In lieu of flowers, donations may be made to the American Breast Cancer Association, 10400 Little Patuxent Parkway, Suite 480, Columbia, MD 21044. Condolences may be expressed to his family at http://www.jacksonlytle.com.