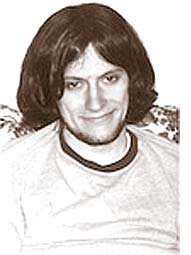 He was born June 24, 1986, the son of Jackie W. Eubank and Janet K. Benge. Karl graduated from Greenon High School in 2004 and continued his education, earning his bachelors degree as a sound engineer. He was employed with Exceptional Sounds as a sound engineer and worked on award winning films, including “A Lion in The House,” which won an Emmy award, and “The Last Truck” which was nominated for an Oscar.

He provided live production for concerts and events all over the state, including Oregon Express. He also was a contractor for Sound Force. His passion was music, playing the bass in the band White Soots. His other hobbies included soccer, baseball, gaming, and X-Box. He was an avid sports fan.

A visitation was held on Wednesday, May 13, from 6 until 8 p.m. in the Belton-Stroup Funeral Home, 422 E. Dayton-Yellow Springs Rd., Fairborn, where a funeral service will be held on Thursday, May 14, at 1 p.m., Pastor Jonathan Schriber officiating. Burial will follow in the Enon Cemetery. In lieu of flowers, memorial contributions may be made to the Johnnie Benge Educational Music Fund at any Wright-Patt Credit Union. Condolences may be made to the family at http://www.BeltonStroup.com.