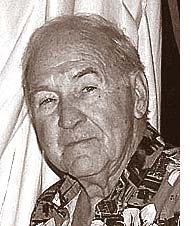 James Fredrick Annis, 85, the man who proclaimed that he had lived across 600 years of technology, passed away Nov. 5, 2015, after a long struggle with cancer. Proud father and loving husband, Jim was born on April 6, 1932, in Pulaski County, Ind., to Elvin and Grace (Schoonover) Annis.

Jim graduated from Logansport High School in 1951. His undergraduate studies at Purdue University were interrupted by two years of military service. In 1958, he received a Bachelor of Science degree in microbiology, with minors in chemistry and zoology. On Aug. 23, 1958, he married Patricia Waisner, the younger sister of his high school friend, Dale Waisner. In 1964, after his graduate studies in anthropology at Indiana University, Jim and Pat settled in Yellow Springs, where they raised their two sons, Jeff and Stacy. His research career in physiology and anthropology spanned 35 years, including time at Webb Associates and Anthrotech. In January of 2000, Jim and Pat moved to Indianapolis to help with the operations and management of R.B. Annis, Inc. Jim also drove for Enterprise Leasing, where he valued the camaraderie shared with other drivers, many of whom referred to him as “Professor.” In 2014, Jim and Pat moved to the riverside hills of Ludlow, Ky., in the Cincinnati area.

An avid reader and consummate conversationalist, Jim was always ready to discuss (or debate) any subject. Jim believed a person’s immortality is dependent upon the memories maintained by those that loved them. His spirit will live on in our remembrance of his stories, and his examples of honesty, integrity and loyalty.

He is survived by his wife of 57 years, Pat; sons Jeff and Stacy (Mary Ann); grandchildren Riley, Nolan and Conner; son in spirit Richard Assaf (Michele Cold, Lani, Aaron and Maya); sisters-in-law Kathy Richter (Earl, Gretchen, Heidi and Kyle) and Pat Waisner (Debby and Michael); nephews and nieces Barbara Gutterman, Sue Daniels, Bill Walther, Mike Murray, Mary Lou Murray and Sandy and many grand-nieces and nephews across the U.S. Jim was preceded in death by his parents, his brothers Robert and Richard and his sisters Mary and Lucy.

Final arrangements were made through Middendorf Funeral Home. A memorial activity will be planned for the spring of 2016.