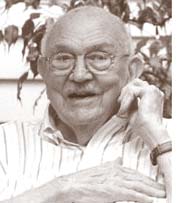 A peaceful, generous, insightful and humble man has completed his life on earth. He was a good friend, loving son and brother, devoted husband, wonderful and patient father and grandfather and great-grandfather. All who were fortunate to know and to love him will miss Jim/Dad/Grandpa Jim. He celebrated life through keen observation, perceptive commentary and most importantly actions informed by kindness. Even in his twilight days, he was grateful, charming and gracious to those who helped care for him.

As a boy he was curious about the world and had an enthusiasm for mechanical pursuits. Jim was always willing to use his intellect and compassion to contribute to the lives of those around him. At age 8, he repaired an engine by finding the right-sized piston by mail order, thus providing his family with a gas engine used to cut wood that provided heat for the winter. Prior to that it was all chopped by hand. The engine was used for years to do many tasks around the farm. As a child in the 1920s, he set up a shortwave radio in a chicken coop turned into a workshop using leftover telephone batteries, and managed to tune in Russia. Throughout his life, he enjoyed fixing and tinkering with clocks and vintage cars. He was an avid gardener as well as winemaker and woodworker. All of his life he was willing to experiment and to take risks in order to learn.

Prior to entering elementary school, Jim was schooled at home, along with his older sister, Dorcas, in Latin and Greek by his grandfather, James P. Dixon, Sr., and his Aunt Florence. He completed North Rochester High School at age 15 and worked in the Spaulding Mill and grew potatoes to earn money to attend college.

Jim was one of the first students at Harvard Medical School on academic scholarship and received his medical degree in 1943. A life-long pacifist, Jim registered as a conscientious objector during WWII. He completed his alternative military service with the National Institutes of Health. Jim earned a master’s degree in public health administration from Columbia University in 1947. After being a Kellogg Foundation fellow in public health and preventive medicine, he was a fellow in community medicine through the Rockefeller Foundation. Jim was drawn to the challenges and opportunities in the emerging field of public health. He first served the City and County of Denver, Colo., as manager of health and hospitals from 1948–1952. Jim went on to become the commissioner of health for the City and County of Philadelphia, Penn., from 1952–1959. Throughout his professional career, Jim participated in many national and international policy discussions regarding public health issues.

While serving on the board of trustees at Antioch, Jim was asked to consider and then accepted the role of president of the college. He led Antioch for 16 years, including the dynamic 1960s. As a lifelong champion of civil rights, Jim was especially pleased to bring Martin Luther King, Jr. to campus as the 1965 college commencement speaker. Those interested in an expanded view of the years at Antioch are referred to the book “Antioch: The Dixon Era 1959–1975,” compiled and edited by Edla M. Dixon.

Eddie and Jim spent their last 20 years together in the Chapel Hill, N.C. area. They continued to enjoy worldwide travel and also became involved in their local community. Eddie worked as a public elementary school librarian and a realtor, and Jim was a professor of health administration at the University of North Carolina and interim president of Eastern Virginia Medical School in Norfolk Va. He was a faculty member of Walden University and was active in local ACLU activities.

All who knew him, especially his children, were aware of his compassion, tolerance, patience and optimism regarding the vagaries of the human condition. He was gifted with an astounding intellect and was something of a verbal athlete in conversation. He spun spontaneous and fabulous tales to his children and grandchildren in the oral tradition of storytelling in which he was raised by his Irish mother. Jim’s profoundly peaceful and gentle nature recalled his father’s influence. Jim’s family and friends always found him ready to help them reflect on and clarify life’s challenges.

The family is deeply appreciative of the compassionate and loving care provided by Pauline Belgiovane, Dr. Michael Flanagan, Perlina Ffrench and the staffs of The Quadrangle’s Health Center and of Hospice Compassus in the final years of his long and well-lived life.

Services were private. Contributions in Jim’s name may be made to either of these charities: The Friends of The Wissahickon is a nonprofit group focused on the preservation of the Wissahickon Valley section of Philadelphia’s Fairmount Park system; this wooded park has been a favorite Dixon family destination for years. The American Civil Liberties Union chapter of North Carolina is an organization both Eddie and Jim strongly supported.