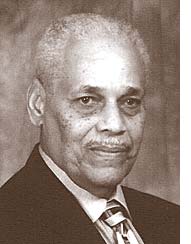 Norris was born in Logan County on Aug. 8, 1926, the son of Harvey and Olivia (Hill) Bayless. He received his bachelor’s degree in accounting from Central State University and his Master of Arts degree in accounting from the Ohio State University. Norris was a long time and devoted member of The First Baptist Church of Yellow Springs, where he was involved in many leadership roles until his health began to fail. He retired in 1983 from Wright Patterson Air Force Base, where he was the director of cost and management for the Air Force Logistics Command.

Norris was preceded in death by his parents; his wife of 62 years, Ruth I. Bayless; infant daughters Karen and Donna; his brothers, Chester, Harvey Jr.,Willis and Joseph Bayless; and his sisters, Blossom, Emma Pickrum and Louise Corley.

Visitation will be held from from 9 to 10 a.m. on Saturday, April 16, at First Baptist Church, located 600 Dayton St. in Yellow Springs, followed by Kappa Alpha Psi services at 10 a.m. until time of service at 10:30 a.m., with Pastor William Randolph officiating. Interment will follow at Valley View Memorial Gardens in Xenia. In lieu of flowers, memorial contributions may be made, in his name, to Hospice of Dayton Foundation, 324 Wilmington Ave. Dayton, Ohio.