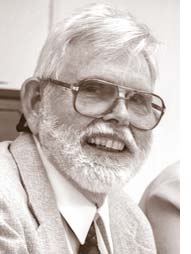 The Rev. Rex Eugene Hodge, age 79, of Republic, Mo., eldest child of William Orin Hodge Jr. and Ruth Mildred Jones Hodge, was born on a Greene County farm north of Republic, Mo. on August 5, 1936. He died at home on May 6, from complications associated with Multiple Systems Atrophy, Shy-Drager syndrome.

He began his education in the one room Jones School which consolidated with Republic Schools, graduating in the class of 1954. During his high school years, Rex felt a call to the ministry. He was licensed to preach in the Methodist Church in 1955. He graduated from Drury College (University), in the class of 1958, with a degree in Philosophy and Religion. He attended St. Paul School of Theology, Kansas City, Mo.

Rex was admitted on trial in the Southwest Missouri Conference of 1959. He was ordained as a Deacon in 1960 and as an Elder in 1963. Health issues forced him to take disability leave in 1982 and formal retirement in 2002.