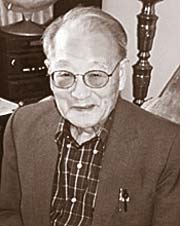 Dr. Channing Pao, former resident of Yellow Springs and Copeland Oaks, Sebring, Ohio, died peacefully in his sleep on May 24 in Jamesville, N.Y. July 4 would have been his 97th birthday. He was preceded in death by his wife of 66 years, Eleanor, who died in 2011.

Channing grew up in China. His father was a diplomat which allowed his family to travel abroad. One memorable trip was to Vancouver, British Columbia, aboard the Queen Mary. After remaining in Vancouver for much of his early education, he returned to China to complete his undergraduate studies until the war forced his family to leave.

He earned his master’s degree in civil engineering from Cornell University where he met Eleanor. He also earned a Ph.D. from Ohio State and a Ph.D. in operations research from Kansas University. He and Eleanor initially settled in upstate New York and later moved to Ohio.

Channing had a distinguished career with the U.S. government where he received numerous honors. He also worked as a consultant for a number of defense contractors. In addition, he taught at Syracuse University and the University of Dayton. He was a proud, hard-working, generous family man who will be deeply missed by all who knew and loved him.

He is survived by his three children: Norman and wife Carol (Campbell), Lucille and husband Gary Mayne and Barbara and husband Peter Shanahan; as well as his grandchildren, Matt and Melissa Pao, Sarah McLarney and husband Chad, Julie Mayne, and Erin Shanahan. He is also survived by his two great-grandsons Gabriel Pao (son of Melissa) and William McLarney (son of Sarah).

After a private family service, he was buried next to Eleanor in Sebring, Ohio.

Arrangements are by Gednetz-Ruzek Funeral Home.