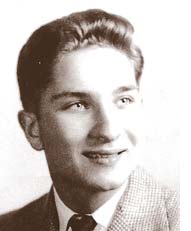 Paul Fox, of Springfield, Va., passed away peacefully in his home on Dec. 18, 2016. Among the full-time executive positions held by Paul were CFO of National Rural Utilities Cooperative Finance Corporation; vice president of finance for Arby’s, Inc.; senior financial analyst for TWA; CEO of Phillips Ryan Limited-London; and expense controller for Abraham and Straus. Paul held a Bachelor of Arts degree in government from Antioch College and a Master of Business Administration degree from Harvard Business School, where he was elected a Baker Scholar. He served as 2nd Lieutenant in the U.S. Army in the 1950s.

Paul was an avid tennis player, piano player, teacher, volunteer, reader, nature lover and was always quick with a joke.

Husband for 30 years of Lisbeth Fox; father of Brian Fox, James Fox and Janina Boyce; father-in-law to Tracey Fox, Chip Boyce and Max VonFolger; grandfather of Joshua Boyce and Jane Boyce. He was preceded in death by his parents, Sam and Ruth Fox, and brother, Lawrence Fox.

Services at Arlington National Cemetery are to be held at a later date to be determined. Updates will be announced.