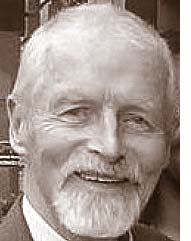 Lance Macklin Grolla, age 85, peacefully departed this world on Wednesday, April 5, 2017, at Grant Medical Center. He was born on Aug. 5, 1931, in Berkeley, Calif., the only child of Curtis and Beatrice Blim Grolla.

Lance will be dearly missed and is survived by seven of his eight children: Laura Camille Grolla, Lili Lenore Grolla Macklin, Aaron Paul Grolla, Guy Francis Grolla, Theresa Maureen Grolla, Mia Francesca Grolla and honorary daughter Gigi Methalee Gibbs. His son, Leif Patrick Grolla, died in 1983. He had five grandchildren, four great-grandchildren and many friends throughout the country and around the world.

As a graduate of Sacramento State College with a bachelor’s in city and regional planning and a master’s in public administration from the University of Illinois Springfield, Lance worked as a long-range planner and zoning official with several federal, state and city government agencies.

Lance was an ardent world traveler, and an avid reader and aficionado of art, with a penchant for the work of Norman Rockwell. He also greatly admired architecture and was a particular fan of Frank Lloyd Wright. Lance cared greatly about fitness, organic farming, the environment and social causes. He will be remembered for his bike-riding fanaticism and ability to enjoy a good joke or clever turn of phrase.

His celebration of life will be held in Yellow Springs in the coming months. Arrangements by Schoedinger Midtown Chapel in Columbus, Ohio. Visit http://www.schoedinger.com to share a favorite memory of Lance.