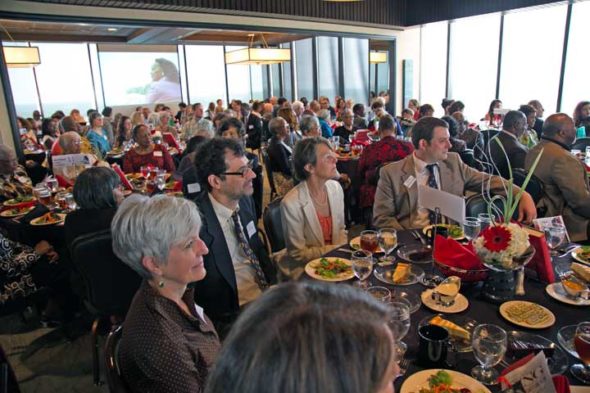 Celebration fit for a King

The Coretta Scott King Center held its inaugural Legacy Luncheon on April 26 at the Dayton Racquet Club. Held the day before what would have been Coretta Scott King’s 90th birthday, the event sold out, with 200 attendees. The inaugural Legacy Award was presented to Antioch College alumnus Eleanor Holmes Norton, and Justice Awards were presented to YWCA Dayton CEO Shannon Isom; World House Choir Director Dr. Catherine Roma; and The 365 Project, a Yellow Springs nonprofit that works to dismantle racial barriers. The previous evening, Anna Samake, Antioch College Class of 2019, received the second annual Coretta Scott King Student for Change Award, during the on-campus commemoration of King.