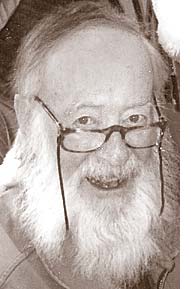 Gordon was born in Sapporo, Hokkaido, on Sept. 5, 1925. His parents, Gordon Kimball Chapman and Katherine May Denman Chapman, were missionaries in Japan. Gordon served in the U.S. Army from 1945 to 1947, and was stationed in Japan for the occupation.

During the following decade, he was employed by the CIA, from which he eventually resigned. Decades later, he was a board member of The Association of National Security Alumni, which opposed covert action in intelligence work as being antithetical to the democratic principles of the United States.

He and his first wife, Norma, opposed racial segregation in Arlington, Va., in the 1960s, and worked to integrate the Fairlington apartment complex. Their subsequent activism -— including innumerable peace demonstrations -— involved them in Dr. Martin Luther King Jr.’s civil rights movement centered at the All Souls Unitarian Church of D.C. They drove people to places to vote, as well as other acts to protect people’s rights. The marriage subsequently ended in divorce.

Gordon was a program officer for the Visitor Program Service of Meridian House International. He planned itineraries for foreign visitors sponsored by the State Department.

During 1979, at the Washington Peace Center, Gordon met Mary Mayhew, marrying her about three years later. After Gordon’s retirement, they moved to Yellow Springs, Ohio, in March 1993, and became active in the community. As part of his consistent devotion to peace activism, he was a member of Veterans for Peace, and was a supporter of many other movements for social change. They were both members of the Unitarian Universalist Fellowship.

Mary Mayhew Chapman, well known for her work for Community Pottery and Potters for Peace, died on April 19, 2005.

Gordon’s activism continued. He was a supporter of Antioch College, including during the closure from 2008 to 2011. During that period, he let Antioch conduct classes in his house. Until recently, he was a participant at the weekly Yellow Springs peace vigil.

Survivors include Gordon’s daughter Adrienne, his son Douglas, his brother Charles and many other members of the family.

Services will be held privately by the family.

One Response to “Gordon A. Chapman”