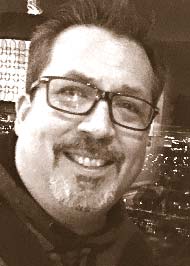 Stephen M. Alexander, of Canton, Mass., passed away July 19 at the Tufts Medical Center in Boston. He was 52.

Born in Xenia, Stephen was raised in Yellow Springs and graduated from YS High School. He was a proud Air Force veteran of Operation Desert Storm and worked as a network administrator in Boston.

A memorial service will be held in Yellow Springs at a date and time to be announced. To sign the online guestbook, visit http://www.dockrayandthomasfuneralhome.com.

One Response to “Stephen M. Alexander”