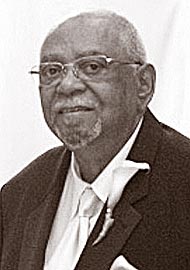 Harold “Dunie” Norman Hamilton Jr., passed away peacefully on Wednesday, Aug. 16, 2017 at Soin Medical Center surrounded by family and close friends. He was 74.

Dunie was born on Dec. 17, 1942, in Yellow Springs to Harold Hamilton Sr. and Vivian Hamilton, who preceded him in death. A veteran of the U.S. Army, he courageously served in the Vietnam War. Shortly after being honorably discharged, Dunie began his journey with the Village of Yellow Springs, serving for 35 years as a Public Works supervisor. He was a member of the American Legion Post 0544, Veterans of Foreign Wars Post 7068, Independent Order of Odd Fellows and a volunteer for the Miami Township Fire Department.

Dunie enjoyed coaching Little League and the YSI Women’s baseball teams, grilling, watching western movies and military documentaries, cheering on the Oakland Raiders, retirement and, most of all, spending quality time with family and friends.

Arrangements in care of Jackson Lytle and Lewis Funeral Home.

In lieu of flowers, the family requests that donations be made to the American Legion or the Wounded Warrior Project.