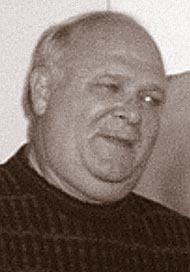 James Charles Partee was born Jan. 19, 1942, the third child of parents Lewis Partee and Doris Shook Partee. James was preceded in death by his two parents and two siblings, Gerry Partee and Philip Partee. He is survived by his son Andy, grandson Brice and granddaughter Julianna.

James graduated from Bryan High School in 1963. He joined the US Army shortly thereafter, and served in the Vietnam War. Upon returning, he made his love of horse training into a vocation as he worked not only in training, but showing thoroughbred horses across the country. He met and married Andy’s mom, Robin, who preceded him in death.

In time, Jimmy moved back to Yellow Springs and lived in the beautiful family home on U.S. Route 68. It was during this time that his older brother Philip needed a kidney transplant. Jimmy matched, and they became one of the first transplant donor and recipient duos, giving his brother a much longer life.

He began working in the family business, AC Service, where he was a person that customers were glad to see after being upset that something wasn’t working right. He was a member of civic groups the Masons, Enon VFW and the IOOF. He was in charge of organizing the placing of flags on veterans’ and IOOF members’ graves on Memorial Day. He considered this a very important duty, and was happy to hear that granddaughter Julianna participated this year in his place. He was a firm supporter of the Second Amendment to the Constitution. He was a hunter and fisherman. He was always eager to help others and pass on his passion for the outdoors.

Jimmy was a reliable person. He was a tireless worker, but was not above doing a  little complaining there and there. He dearly loved his son and Andy’s children. He will be missed by many family members and friends. A life well-lived.

One Response to “James Charles Partee”