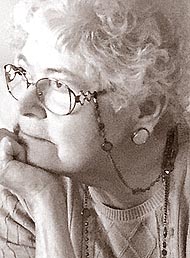 Esther Damaser — psychologist, wife, mother, grandmother, cancer warrior — died on Nov. 8, 2017, just shy of her 82nd birthday. Dr. Damaser was born in the Bronx, N.Y. on Nov. 20, 1935, and grew up in Brooklyn. After attending Montauk Junior High School and Erasmus High School, she earned her A.B. at the University of Michigan and her Ph.D. in Psychology at Harvard University. She and her husband, Harvey, attended Montauk at the same time but never met. They were introduced years later by a mutual friend and were married after Harvey proposed in 1961 on a Boston, Mass. protest line picketing Woolworth’s segregated lunch counters.

Esther often said her greatest love was for her family, and she took great pride in the contributions to society that her husband, children and grandchildren made. She was happiest when surrounded by her children’s and grandchildren’s laughter and joy. Her professional life echoed that desire to make the world a better place to raise children. She was director of the Department of Psychology at the Dayton, Ohio, Children’s Medical Center. Later, her private psychological practice, Positive Perspectives, with partner Dr. Martin Moss, focused on families and children. After retirement, she continued that advocacy for children when she became a certified court-appointed special advocate for children.

Esther and Harvey divided their time between Yellow Springs and Pelican Cove in Sarasota, Fla. They intentionally chose Yellow Springs in 1967 as their home, where they remained for 50 years, because of its racial and cultural integration. She also loved the liberal ideology and the beauty of the natural tree and bird preserve of Pelican Cove on the intracoastal waterway.

She was very proud of her cultural Jewish upbringing, which she intentionally and lovingly imparted to her children. Her joy was enhanced when she saw that these ethical values lived on in all seven of her grandchildren. For her, there was no contradiction between her atheism and her Judaism.

Dr. Damaser was a 47-year survivor of Type 1 diabetes and a 37-year survivor of ocular melanoma. She survived 15 years after her cancer metastasized, long enough to not only attend the last of her children’s weddings, but also to participate in two grandchildren’s b’nai mitzvot and to see her youngest grandson reach age 8. Upon her diagnosis with ocular melanoma, an exceedingly rare and aggressive cancer — with an incidence of two in one million — Dr. Damaser and her husband Harvey did not accept the dire prognosis; instead they pursued all available treatment options, including clinical trials. They repeated their research when the cancer metastasized to stage IV in 2002 and she received a prognosis of six months. This research became a full-time avocation as she and Harvey pursued treatment in major cancer centers around the country.

She was so learned in ocular melanoma research that she often instructed her doctors and other patients about clinical trial options. Dr. Damaser bravely participated in research, often as the original subject in clinical trials, testing treatments which then became standards of care. Over the years, she combined her love of scientific research, her psychological counseling skills and her knowledge of the field to become an ardent clinical and patient research advocate. She encouraged fellow patients of orphan diseases to independently research their diseases and become their own treatment advocates. This commitment to patient education and advocacy led to work on a book on the subject. She became renowned in the ocular melanoma research, medical and patient communities, both for her efforts to promote research and her years of survival, becoming known as their “Rock Star,” eventually serving on the Melanoma Research Foundation Patient Steering Committee.

The family of Esther Damaser requests that donations in her honor be sent to the Melanoma Research Foundation and designated for CURE Ocular Melanoma (CURE OM) at bit.ly/2aYGvXT.