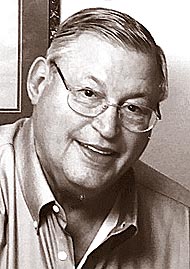 Born on March 15, 1936, in Springfield, Ohio, Leonard was the first-born son of Leonard and Ruth See. He was a 1954 graduate of Bryan High School.

Leonard is survived by his wife, Bertie; his siblings: brother Roger and sister Pam Dettorre; his four children: son Scott and Debbie See, son Tim and Katie See, son Jeff and Lisa See and daughter Kate See and her fiancé, Jason Wakenight; his grandchildren: Cameron and Cassidy See and Ellen and Lauren See; and many cousins, nieces and nephews.

Leonard was hired as a clerk at Frisbie Moving and Storage Co. in 1960. He discovered his passion for the moving business and was named president of Frisbie in 1972. Leonard became owner of the company in 1995 and worked there for another 22 years until his hospitalization. He was devoted to customer service, and his employees and loved the “people” side of the business.

Leonard was very active in the Detroit community. He was involved in the Detroit Athletic Club, the Detroit Executives Association, Spirit of Detroit and the Grosse Pointe United Methodist Church. He was also a lifetime member of Masonic Lodge 421 in Yellow Springs. Burial was held Monday, Oct. 30 in Oxford, Iowa.

Memorials may be made to The Detroit Athletic Club Foundation or The Grosse Pointe United Methodist Church. Please visit the online guest book at http://www.rggrharris.com.