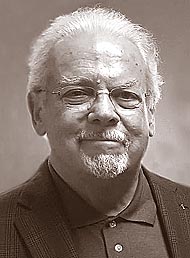 James P. “Jim” Gray, age 76, passed away Wednesday morning, Dec. 13, 2017, at IU Health University Hospital in Indianapolis. He was a resident of Nashville, Ind., and a former resident of Indianapolis and Crystal Lake, Ill.

After retirement and spending too many years on the road, Jim and his wife retired to Nashville. Here he was able to pursue his life-long interests in photography and genealogy. Those close to Jim enjoyed his sense of humor and were often treated to an unexpected impersonation of Willie Nelson and a song or two. He loved to learn about most anything and had read the complete original collection of James Bond books written by author Ian Fleming. Jim was an active hunter and fisherman all of his life.

His advice on living was “to treat others the way you’d like to be treated” and his life reflected his words.

Jim is survived by his wife, Donna; daughters Michelle (Eric) Linton, of Franklin, and Theresa Gray-Pedersen, of Crystal Lake, Ill.; brothers Thomas P. (Evelyn) Gray and Michael A. Gray, both of Yellow Springs; grandchildren Marisa, Max, Amber and Ava Linton, of Franklin, and Kyle, Megan and Samantha Pedersen, of Crystal Lake, Ill.; and many nieces and nephews.

Jim was preceded in death by a son, Aaron James Gray; brother, John W. Gray; and a sister-in-law, Sue Gray.

Father Eric Augenstein conducted a Mass of Christian Burial at the St. Agnes Catholic Church in Nashville. Visitation was held at Meredith-Clark Funeral Home Cremation & Personalization Center in Morgantown, and burial was held at Greenlawn Cemetery in Nashville.

Memorial contributions can be made in honor of Jim to the St. Agnes Catholic Church, 1008 McLary Road, Nashville, IN 47448.

Expressions of caring and kindness may be made to the Gray family at http://www.meredith-clark.com. Information: 812-597-4670.