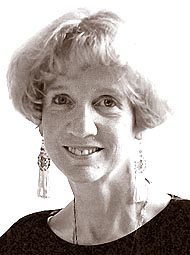 Priscilla Janney-Pace died suddenly of an apparent heart attack on Dec. 6, 2017 at her home in Yellow Springs, Ohio at the age of 72. She was preceded in death by her father, Frank Pace, Jr., former Secretary of the U.S. Army and former CEO of General Dynamics Corporation, her mother, Margaret “Peggy” Morris Janney Pace, and younger sister, Margaret “Penny” Pace-Schott.

A celebration of life service will be held on Thursday, Dec. 14, 2017 at 3 p.m. at the Glen Helen Vernet Ecological Center on Corry Street in Yellow Springs. The family requests that donations be made to Antioch College, the Sierra Club or Planned Parenthood in lieu of flowers.

A full obituary will appear in the Dec. 14 issue of the YS News.