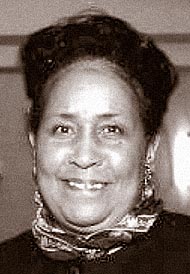 Mary Catherine Mason, 92 years old, passed away in Austin, Texas, on Jan. 25, 2018 after a long battle with Alzheimer’s Disease.

Mary was born in Springfield, Ohio, to Samuel Neal and Rachael Buford. She lived in Springfield for a large portion of her life until she moved to Yellow Springs, in 1960. While in Springfield she worked at St. Bernard Catholic Church, then transitioned to Wittenberg University and served as a supervisor. In 1964, she and husband, Ellie Mason, embarked on entrepreneurship by establishing a Bar-B-Que restaurant called Gabby’s Pit BBQ from a nickname given to Ellie in his formative years. During their 15 years of serving the public, they had the opportunity to meet many celebrities and civil rights activists striving for equality and social justice.

Our family is grateful to our sister Chrystal and the other Manning family members of Austin, Texas, who opened their home and provided loving care and support during our mother’s journey with Alzheimer’s.

A memorial mass to celebrate Mary’s life will be held at St. Bernard Catholic Church, 910 Lagonda Ave., in Springfield, on Feb. 10 at 11 a.m. immediately followed by a repass service at Central Chapel A.M.E. Church in Yellow Springs from 1 to 3 p.m.

One Response to “Mary Catherine Mason”