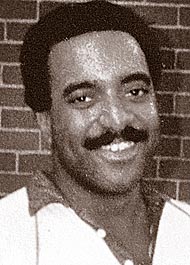 Robert was born on April 21, 1955, in Dayton, Ohio, to Mr. John Robert Walker and Mrs. Alice Berry Walker (both deceased). He graduated from Chaminade High School in Dayton and graduated from Antioch College in Yellow Springs with a bachelor’s degree in communications and business administration. His professional life included years of work as director of the audio visual department at Wilberforce University, and later as director of audio visual at Wright State University. It is noteworthy that he had no problem taking on tasks and was hardworking throughout life.

For many years, as a volunteer at WYSO radio station, he hosted his own jazz program, “Jazz From the Village,” which was widely popular in the entire Miami Valley. He was a talented photographer and enjoyed gardening, grilling, biking, playing tennis and walking or running in the Glen Helen Nature Preserve. Robert was a good man and good father. In earlier years, he enjoyed coaching youth soccer and youth baseball — a team called The Reds — and cared deeply about each child he coached.

Robert was married to Sherry Hairston Walker, who survives him; also surviving are his daughter, Aiysha Fareeda Walker, and son, Issa Anthony Walker (and Issa’s fiancée, Lemicha Brown), and beloved extended family and friends. His presence will be sorely missed by so many people in our Yellow Springs community.

There will be a memorial celebration in his honor, to be announced in the near future.