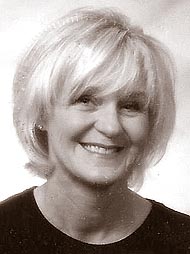 Elizabeth is survived by her three children, Michael Brad, Matthew Blake and Melissa Beth Ostendorf, as well as her eternally loved granddaughters, Mikayla Lauren and Sofia Evyania Ostendorf.  Also surviving Liz is her husband, Michael L. Green, whom she married in 2002.  Michael introduced his four children, their spouses and eight grandchildren into their marriage: Timothy and Tracy Green and their daughter, Tayla; Thomas and Katricia Green and their children, Connor and Kylee; Jason and Selma Green and their children, Daniel, Adam and Sara; and Jeff and Elizabeth Guyton and their children, Ella and Charlie. Also surviving Liz is her brother, David A. Goodin, his wife Marjorie, niece Tracy, nephews Ben and Dan and their families. She also deeply loved special persons to the family Lisa Pecora, Michele and Cadence Doughman and Chase Dean, and her granddaughters’ mother, Nicole Ostendorf.

Liz was raised in Tipp City, Ohio and was a devout member to the Tipp City Methodist Church of Little Classmates.  In 1963 she moved to Piqua, Ohio and graduated from Piqua Central High School. In 1966, she graduated from Ohio State School of Cosmetology and went on to open her own salon, Pizzazz by Liz Hair Studio, in Enon, Ohio in 1979. She is also a lifetime member of the Briard Club of America.

In lieu of flowers or donations, she requests, in her loving memory, that you do something kind for someone in need. A gathering of family and friends was held Sunday, March 4, at Littleton and Rue Funeral Home. Burial of her urn followed on Tuesday, March 6, in the Maple Hill Cemetery in Tipp City.  Online expressions of sympathy may be sent through http://www.littletonandrue.com.